Editor’s Note:  Out of Southern Israel comes a two piece garage rock band that is prepared to make some noise in the Middle East and beyond.  The Dodies are poised to release their album entitled “It’s One Hell Of A Ride” on April 24th.  “It’s One Hell Of A Ride” was produced by Bumblefoot(Sons of Apollo, Guns ‘N’ Roses, Art Of Anarchy) and if Bumblefoot himself is blown away by this duo, you will be too.  In this interview with Madness To Creation, we sat down with vocals/guitarist Yoni Avittan of The Dodies to discuss the album, his musical influences and mental health awareness.  Fans can find The Dodies at the following locations:

Madness To Creation:  Take us into the Israeli music scene.

Yoni:  Southern Israel, as if right now, doesn’t really have a scene. It’s just us and one nu metal band. Tel Aviv has more of a scene but it’s a bit different from what we do.

Madness To Creation:  Three biggest influences in your musical career and in your life.

Yoni:  Bands like Nirvana and Radiohead really made an impact on us growing up. It’s always been a dream of ours to bring something authentic into the mainstream. Bumblefoot is definitely a huge influence in our career; he understands what we’re trying to do. We know you said three but there’s a Texan woman named Alison who’s been supporting us through all of this. Without her, Bumblefoot wouldn’t know who we are.

Madness To Creation:    It’s One Hell Of A Ride” is coming out April 24th, take us into the writing process of the album (how do you approach crafting a song) and what can fans expect from the album?

Yoni: I write the melody first then the lyrics, afterwards Ran and I jam on the song together and come up with ideas. Fans can expect our honesty in these songs.  Though a lot of the songs have the same angsty ROCK vibe to them, they still sound different from one another.

Yoni:  Bumblefoot allowed us to be ourselves more than we even allowed ourselves to be ourselves. He insisted we played without a metronome and with the keyboard bass (like we do live) even though we were a bit reluctant at first. He didn’t try and change us like other producers did, just enhanced what we all ready were.

Yoni:  I feel like there are a lot of obvious things people would like to do in order to help themselves but  lack the motivation to do them, things like working out or reading or meditating. What helped me gain motivation was practicing openness with others, telling people my “unforgivable secrets” that I usually think will make them run away from me, even when those secrets feel stupid. It hurts at first, but then it helps me realize how out of touch with realty my fears can be and I start liking people more, that’s when I find motivation for all the other things.

Madness To Creation:  Given the Covid-19 pandemic, how have you approached your social media differently?

Yoni:  We’ve got more time to work on videos now, if everyone’s stuck at home anyway it could be a good time to get people listening , instead of climbing on the walls.

Madness To Creation:  What else would you like to add in regards to The Dodies?

Yoni:  We’ve got more songs for more albums in the future, and we’re ready to play in everyone’s hometown as soon as the world allows us. This definitely isn’t the last album you’ll hear out of us.

And there you have it!  Check out the music video for “Boiling Point” below and “It’s One Hell Of A Ride” is due out April 24th!

Here is the track listing for “It’s A Hell Of A Ride” due out April 24th: 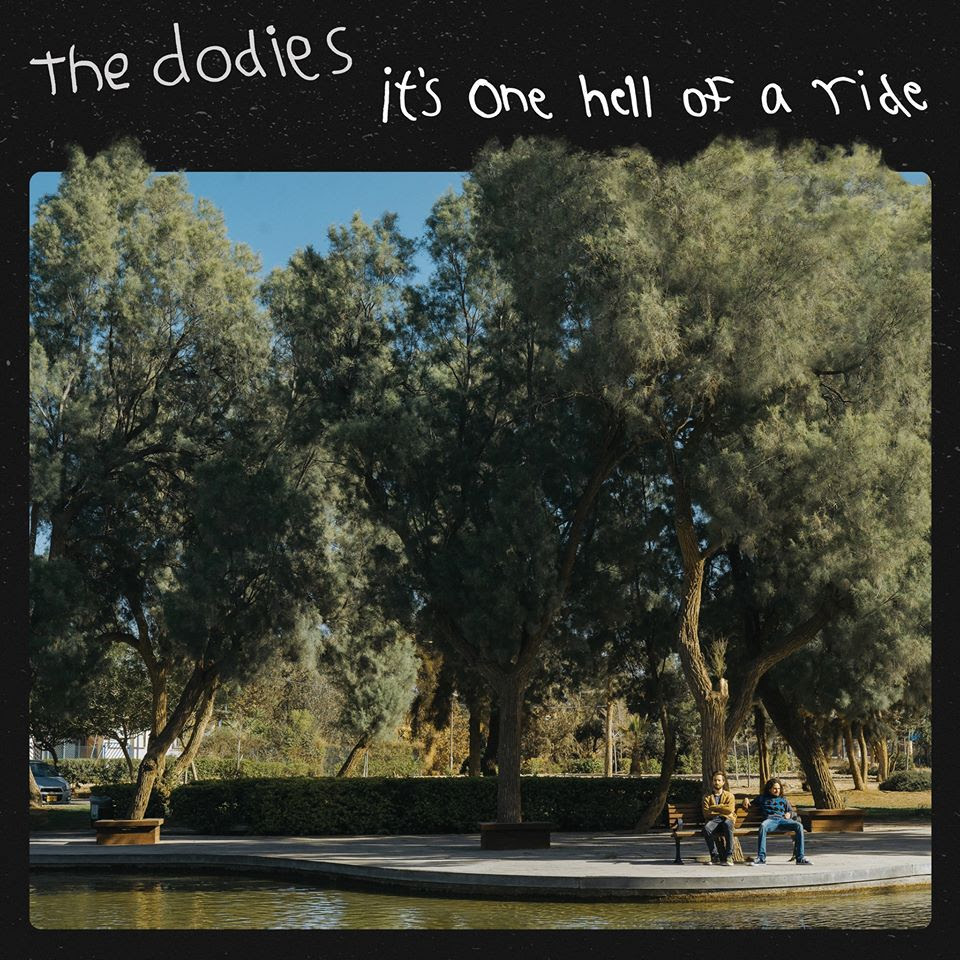 Today’s #HonorRollRecipient goes to @allgoodthingsrock . This band stole the night opening for #POD that night at @woolysdm in #desmoinesiowa …here is how they earned their rightful spot on #ScholasticPerspectives’ #HonorRoll. 1. On #MentalHealthMonday, their song #HoldOn is #AllGoodThings begging the listener to hold on for another day 2. Their collabs with #HollywoodUndead and #HyroTheHero are things of beauty. 3. Their song #Kingdom will cause you to rally with your comrades and raise your fists in strength. this album is packed with more anthems than Francis Scott Key! Go pick up #AHopeInHell wherever music is sold! #educatorsofinstagram #podcastersofinstagram #albumcovers #music #albumreview #Instagood #Instaphoto #PicOfTheDay #ForTheGlory #betternoisemusic
#ScholasticPerspectives (formerly known as #MadnessToCreation)’s #HonorRollRecipient of the day goes to @loreleimarcell for her work on her latest #ep. #LoreleiMarcell’s #charisma , #drive #voice and #songwriting abilities allow her to write an EP that is palatable and such a wonderful listen. Some of the lessons this #educator learned include:
@transviolet put on the show of a lifetime at @skywaytheatre …this #band should be selling out #arenas, that’s how good they are. #indiepop #indie #Instagood #PicOfTheDay #pop #podcast with @sarahthegrape coming soon! #rebranding to #TeachGetNTeached coming soon! #love #gigphotography #iphonography #postcovid19 #mentalhealth #WeGonLearn #education #goat
@vialbandofficial crushing it providing support for #transviolet on the #DrugsInCalifornia tour! Nice to see a #localband getting their time to shine on the stage. #instagood #instaphoto #podcastersofinstagram #gighotography #concertphotography #loudmouth #picoftheday #postcovid19 #livemusic #indierock #punkrock #minneapolis
@loreleimarcell absolutely crushing it providing support for #transviolet on the #DrugsInCalifornia tour! Come on out to #studiob at @skywaytheatre in #Minneapolis #postcovid #rebranding #teachgitntaut #podcastersofinstagram #photography #indiepop #music #livemusic #concerts
For #MindfulnessMonday, use that personal day. Take a day off. Just breathe, pray, meditate. Whatever it is you like to do. Listen, you got this. Whatever you’re going through. You have myself here to think of and pray for you. My DMs are open for anyone that comes across this page. #YouGotThis #mentalhealth #pullingforyou #YouFreakingMatter #instagood #meme #PicOfTheDay